The Frank H. Sobey Awards for Excellence in Business Studies began in 1989 to support the development of future business leaders and business programs in Atlantic Canadian Universities. 31 years later, the Program counts nearly 200 alumnae from all of Atlantic Canada’s faculties of business.

Awards are not automatically renewable, but previous winners are eligible to apply for any subsequent year’s award.

Award winners will be entitled to use the designation: Frank H. Sobey Award for Excellence in Business Studies (or Honourable Mention) (year of award) in their subsequent curriculum vitae, job resumés and references. They are asked to advise the Fund from time to time concerning their subsequent activities and careers and the relevance of the award to those activities and careers. Also appreciated are suggestions for additional ways in which the awards could further support and strengthen excellence in business studies at universities as an encouragement to entrepreneurial activity in the Atlantic Provinces. 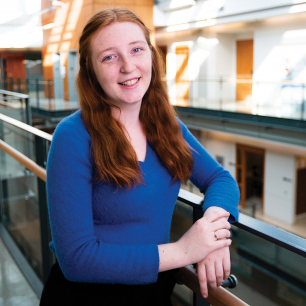 Applications must be submitted to your Dean no later than November 30, 2020.